Coffee is served in a golden cup and bath time is taken in golden splendour.

The hotel was built at a cost of $200 million, with 24-carat plating in the lobbies, an infinity pool, and rooms with even cutlery, cups, shower heads and toilet seats receiving the gold treatment. 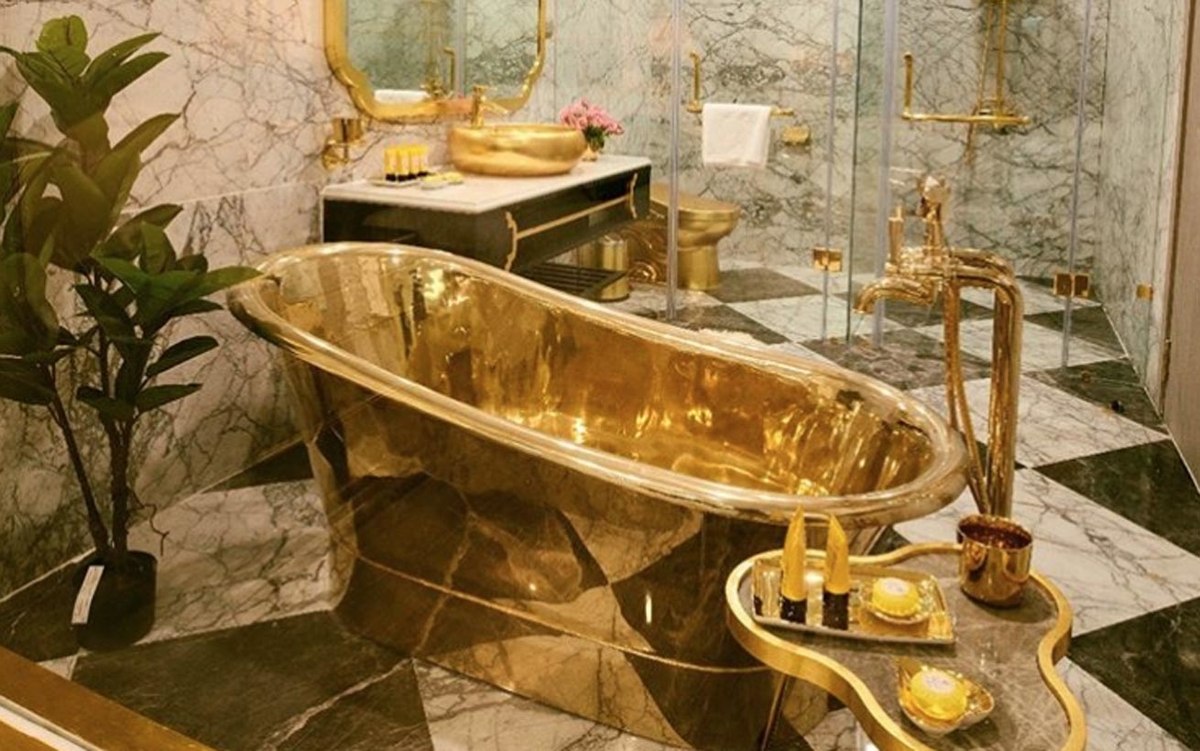 $250 a night. The hotel wants « ordinary to super-rich people… to register » both physically and on social media, said Nguyen Huu Duong, president of the Hoa Binh group that owns the hotel. 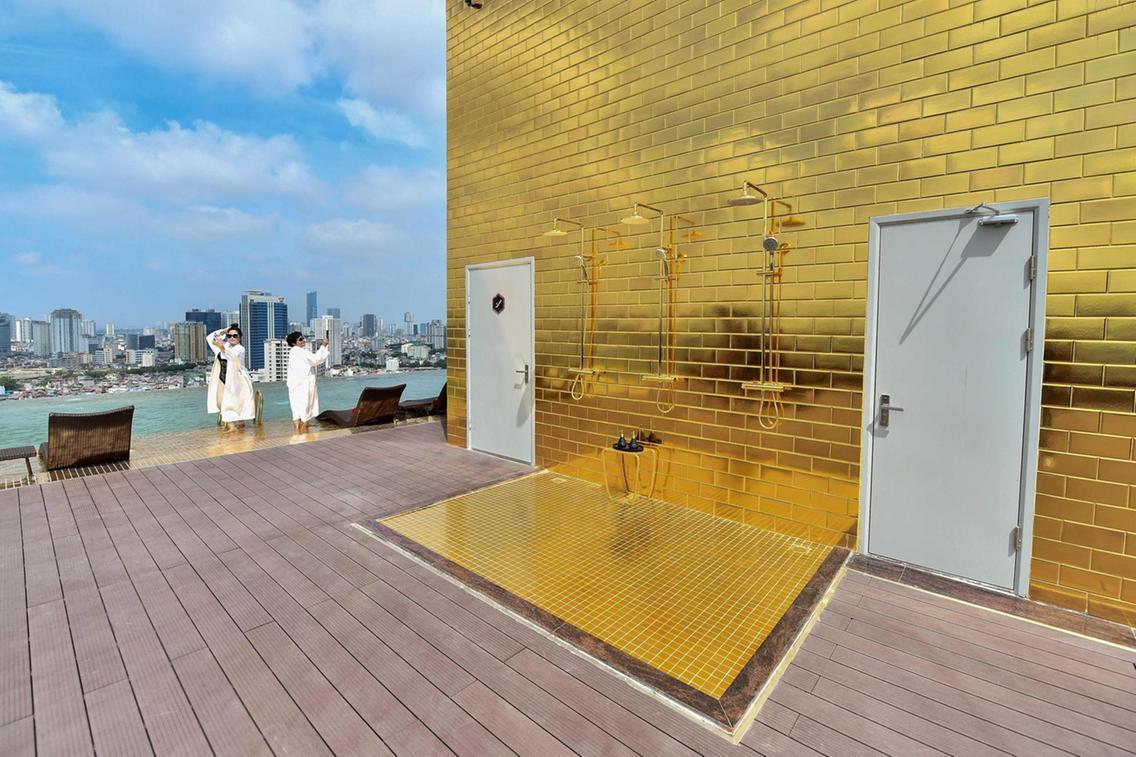 So far, the few guests have been delighted.
« When I arrived here… I felt like a king, you know, the pharaoh… the king of Egypt, » joked Phillip Park, a South Korean guest.
« I really enjoyed the luxurious atmosphere, » added Vietnamese guest Luong Van Thuan, who felt his status had automatically been « elevated. »
The relatively modest price of the building was achieved by sourcing gold-plated locally.
« Our group has a factory that can make gold plating, so the cost of our equipment and furniture is quite cheap, » Duong said.

And the pandemic that has hit global tourism has not delayed its opening, with Vietnam being praised for its rapid closure, which has helped contain the spread of the coronavirus.

« For sure, next year we’re going to make money, » he added.